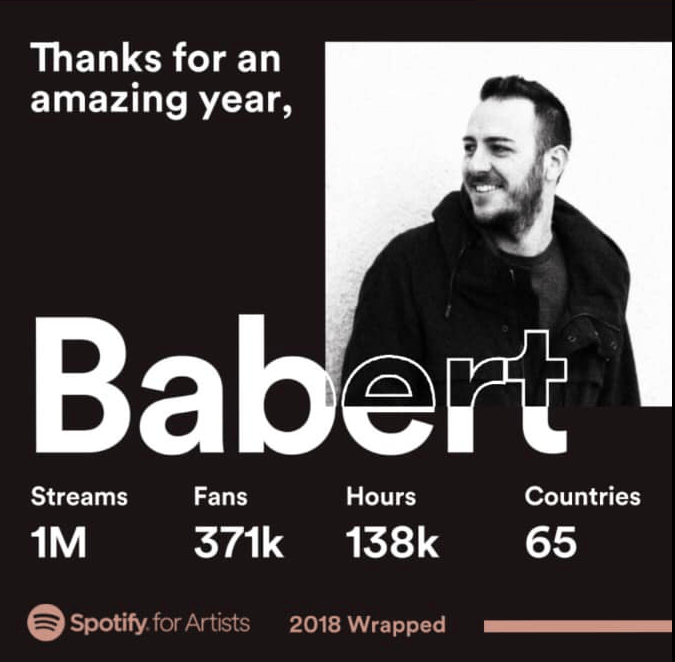 Wow, we are so happy for Mirco Babert for hitting such a monumental goal today.

1 million plays on Spotify. What an incredible achievement. Babert has produced some of the Downtown Disco teams favourite nu-disco tracks and re-edits.This really is so well deserved. Babert – you are a true musical legend!

Congratulations to our amazing artist. It’s a privilege to have had Babert fly all the way from Italy in August to spend time with the team and be part of the first Downtown Disco event.  He absolutely rocked the Mint Club in Leeds. We look forward to seeing much more of Babert in 2019. 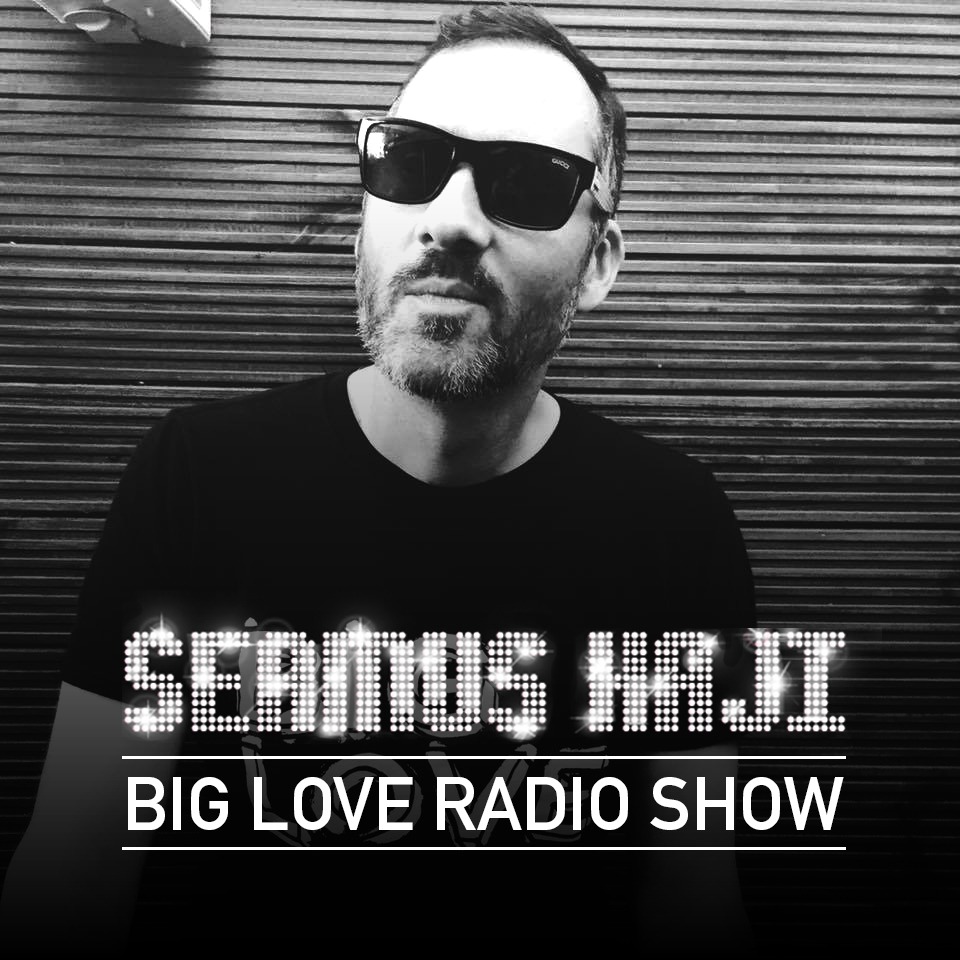 AN INTERVIEW WITH THE LEGENDARY SEAMUS HAJI.

The Downtown Disco Agency has launched and we are privileged to announce that Seamus Haji has joined our Artist Roster.

We love the tracks that Seamus has been producing and re-editing. Seamus’ tracks have consistently stood out to us and we truly believe he is an absolute legend.

Tracks such as “Right Track”, “Confess”, “Giving You”, “Make Life Better”, “Hold it Now”, “Love the way you Move” (I-Jah) and “Play It” (The Montanas) are just a few of the productions that have absolutely blown us away.

We are super-excited to bring you this exclusive interview with our amazing Downtown Disco Agency Artist, Seamus Haji. He has accomplished so much in his career, his discography is phenomenal. Read on to learn more about our exceptional DJ / Artist…

How long have you been DJing? What inspired you to dj?

Started DJ’ing aged 16 in the mid 80’s so over 30 years. I was inspired to DJ by the likes of Grandmaster Flash & Tony Humphries. The art of mixing & scratching had me hooked! This was before house music had hit the uk. Humphries was mixing boogie, soul, hip hop and electro on Kiss FM in NYC back then.

When did you start producing records?

1991 when I first bought equipment

What was your first track?

I got into doing official remixes for major labels by 1993 and released my first production in 1994. That was ‘Race Of Survival’. Tony Humphries & Paul “Trouble’ Anderson were the only DJs I gave acetates to and they hammered it. Dream come true!

Which is your favourite track you made?

Probably ‘Race Of Survival’ as it was my first and it was so popular. I just released a Richard Earnshaw ReVibe on my Soul Love imprint…can’t keep a good song down. Almost 25 years old!

How many tracks have you made?

80 productions and over 200 remixes

Who have you done re-edits for?

Who are your favourite old skool disco bands/, artists?

Who are your current favourite DJs artists and producers?

For the disco / nu-disco sound I obviously love Dr Packer as he’s remixed a number of my own productions ‘Confess’, ‘Last A DJ Saved My Life’ and Belezamusica ‘Running Away’ for my labels and the guys signed to my Re-Loved imprint such as Birdee, Chewy Rubs, C. Da Afro, Soul Avengerz, peers such as Late Nite Tuff Guy, Michael Gray and of course Joey Negro and Dimitri From Paris. I also love bands such as Crazy P, Zo! and The Rebirth.

Which artists are playing your tracks?

Where in world have you DJ’d?

I’ve held residencies at Pacha in Ibiza and London. Toured heavily for Defected Records & Ministry Of Sound. All over!

What gigs have you enjoyed most and why?

Toronto Pride this Summer was amazing! The stage I played was actually called the Big Love stage after my label which I was headlining to around 5000 people. I have a lot of supporters there so playing the closing 3 hour set was a dream.

Sydney harbour NYE 2017 was ridiculous! Playing outside after the amazing fireworks display over Sydney Opera House and Sydney Harbour Bridge was crazy. That has to be THE best location I’ve ever played. It was myself, Freemasons and StoneBridge on the bill so it was great to also spend NYE with good friends.

Can you describe your sound?

Depending on the situation I like to play the re-edits stuff, to Nu-Disco and some disco house stuff. if the crowd are really up for it I’ll drop disco classics as well.

Which Artists you have co-produced with?

Which of your tracks have been most successful on beatport/ traxsource?

Have you had any industry recognition for your music? ie Top 10s in beatport etc.

On a bigger level my ‘Last Night A DJ Saved My Life’ was #1 UK Dance Chart and Top 15 UK National Charts as well as my Bootyluv ‘Boogie 2 Nite’ Remix #2 UK National Charts. That was over 10 years ago and more of an electronic house sound that I was pursuing. Over recent years I’ve gone back to my boogie & disco roots. I’m fortunate enough to have had and still have top 10s on the likes of Traxsource and Beatport.

What are your hopes for the future in terms of your DJing and musical production career.

Either throwing more of my own Big Love parties or playing at the right clubs to the right people. I’ve hosted a number of Big Love parties in Brighton and now that I’ve moved back to London I’m throwing some here too, most recently McQueen in Shoreditch. Production-wise I have a number of productions & remixes lined up for 2019.

Do you run any record labels / do radio shows etc?

The labels I’ve mentioned before of course…Big Love, Big Love Trax, Soul Love and Re-Loved. My weekly Big Love radio show has been running for 8 years now and is syndicated to almost 40 stations worldwide.

Do you have any other roles within the music industry?

I manage some DJ/Producers. Illyus & Barrientos from Glasgow and Siege from Belgium. I also do some artist development with Cafe Mambo legend Pete Gooding. 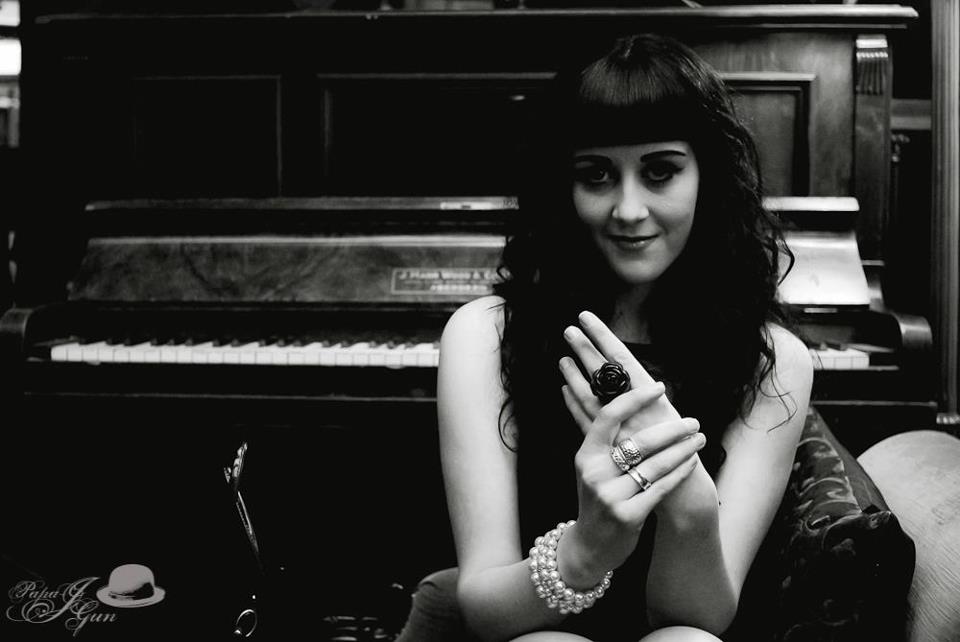 We are very proud and excited to announce that the amazing Natasha Kitty Katt will be joining us on Saturday 29th December, adding to our already awesome line-up to make this a night to remember. Fresh on the back of signing to Defected, Glitterbox and releasing her fantastic Traxsource DJ Mix, it will be great to experience some of Natasha’s sparkle.

Click for full details of our event
© Copyright 2019 Downtown Disco.